It’s no secret that brands love sports. After all, sports give brands the ability to tap into pre-existing loyalties, get in the middle of the competition, and win over die-hard fans through advertising and activations. One of the most difficult sports to attach a brand to, however, is running. While running has its fair share of celebrities and competitions, a surprisingly large percentage of runners don’t follow professional running at all. As brands learn how to tap into this market, they are also learning that these casual runners are no less passionate about the sport than others.

Brands such as Nike, Reebok and Adidas are all learning how to tap into the wider market of casual runners through fan engagement and brand activation. In celebration of the end of the decade, here’s a look back at the best running activations over the past ten years.

1. Dulux at The Color Run

Dulux was itching for a way to attract younger people to its brand, but didn’t know where to begin. The Colour Run in London seemed like a perfect match, so Dulux became the title sponsor of the event. Their logo was all over the race, but perhaps the most successful part of their sponsorship came after the finish line. After running a full race through clouds of colorful paint, runners finished at a miniature festival. Dulux had set up food, a DJ, and, of course, cameras. 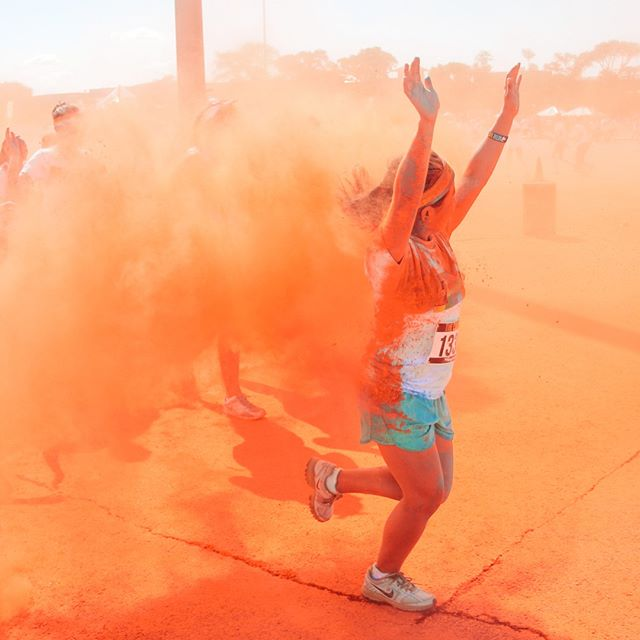 Runners shared their branded photos on social media, and the campaign ended up having a huge reach. Dulux engaged their fans before, during, and after the race, and made sure their logo was attached to it all.

Not all sports activations have to be at the event, or even sport-related. Sometimes, all an activation needs is a spark of originality, and that “wow” factor. Nike’s building twist activation had both. 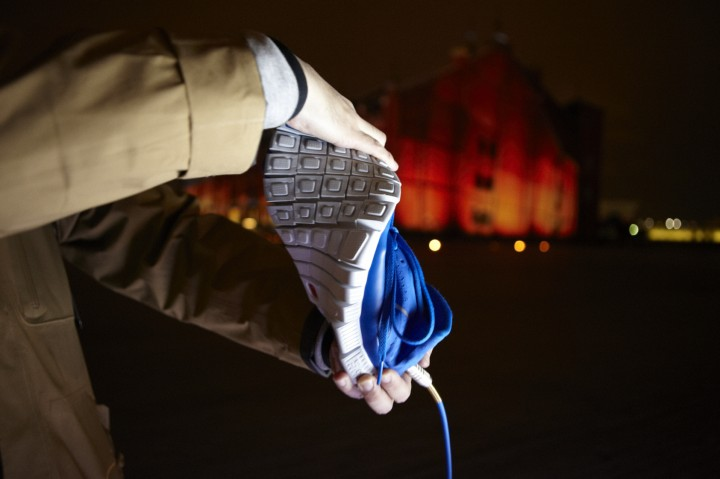 Nike wanted to show off the flexibility of their new running shoe, so they used 3D projection mapping to link the shoe to a nearby building. As people at the activation twisted the shoe around, the huge warehouse building across from them appeared to flex and twist. People were wowed, and pretty soon a huge crowd had gathered to try it out. This activation had minimal promotion, but instead was successful because it engaged fans enough for them to post about it on social media.

Jeep has been a long-time sponsor of Tough Mudder races, and has done a lot of activations with them. One of its best activations was when Jeep released a very limited edition Tough Mudder Renegade and took it through a tough mudder racecourse to promote the event and the car. These cars are on display at Jeep’s experience zone of tough mudder races: Jeep Fest at the Mud Mile.

This is exactly how it sounds: a Jeep-sponsored mud obstacle that mudders must get past. It is complete with a DJ booth, dancing, the Tough Mudder Renegade, and, of course, lots of mud. It is a much needed fun section of the race for the mudders, and further cements the relationship between Jeep and this rugged race.

Reebok has been a sponsor of the Abu Dhabi Colour Run for years, but perhaps their best activation was when they were the official title sponsors in 2015. Like Dulux’s color run, Reebok’s logo was all over everything, but this activation was mainly focused on Reebok’s new running shoe, ‘The Zpump Fusion’.

Color runs are fantastic events to sponsor because fans already view them positively. While it is still a race, there are so many other events going on it is more comparable to a festival. 2015’s color run was similar to others. It had a DJ, different booths, and loads of paint, of course. However, at this color run Reebok had their own booths to show off their new running shoes. These booths included little races, jumping contests, and a photo booth. These booths provided competition and fun even after the race, and effectively showed off Reebok’s new shoes.

Huggity partnered with Simpllyhealth to engage thousands of runners at one of the biggest running events of the year: the Great Manchester Run. The concept behind this activation was simple: intrude on the experience of the race as little as possible, but still create conversation around the race. Implementing this idea, of course, was easier said than done. 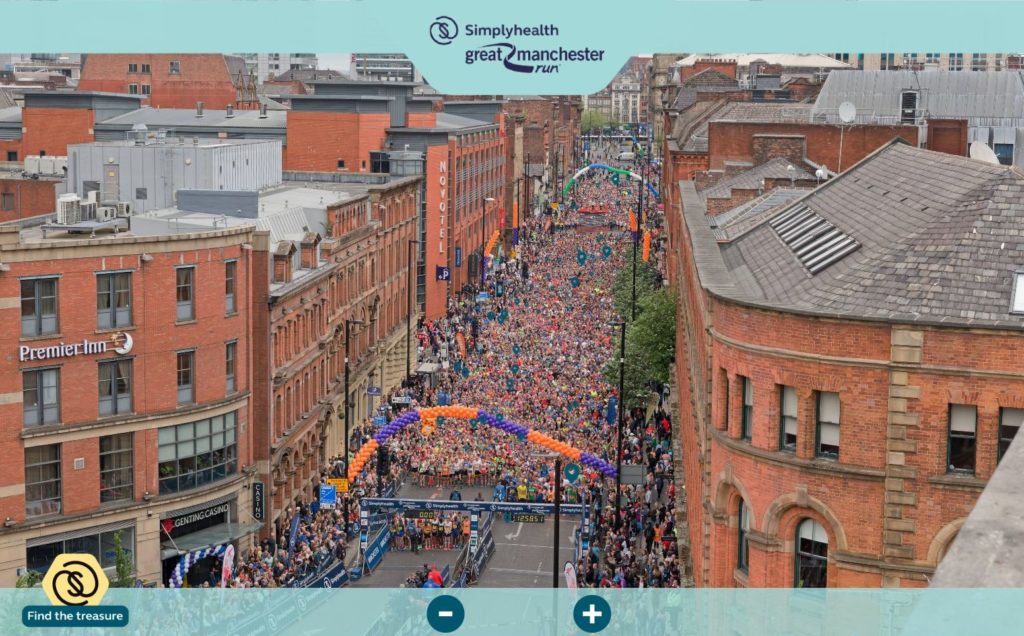 At the start of each wave of the race, runners were told a picture was being taken. Huggity then took a massive photos of each wave, and published them online after the race was over. Anyone at the race could zoom into the photos, find themselves, and tag themselves using either their Facebook or Twitter account. Runners were able to re-live the beginning of the race through the photos, while family and friends who couldn’t make it to the race were able to find their runner and offer support even after the race had ended. On top of this, Huggity added a scavenger hunt into the photos. Anyone could open up the Fanpic page and find the treasures to win huge prizes. This activation successfully gained thousands of tags, and created conversation on social media that lasted long after the race had ended.

If you want a brand that has practically mastered running activations, look no further than Nike. This is perhaps the most mind-blowing activation on this list. In order to launch their new running shoes, Nike essentially created a giant side-scrolling video game, where you are the main character. You are scanned into the game, so your character looks like you, and as you run on a treadmill your character runs in the game. Of course, you do all of this while wearing Nike’s new shoes. After all, the game was designed to show off all of the characteristics of the shoes: soft, light, and bouncy.

The campaign gained loads of traction from people trying to climb the leader boards of the game, and from branded videos runners shared on social media. By the end of the activation, 48% of participants bought the shoes. It is, yet again, a brilliant example of Nike’s marketing prowess, especially when it comes to social media marketing.