Traditional advertising campaigns are no longer enough to become relevant in today’s market. Brands are now seeking to engage their audience, but many don’t know where to begin. The answer they are searching for is brand activation. Major brands like Dos Equis, Coca-Cola, Microsoft, and many more have successfully switched to this style of marketing, and have seen an even bigger increase in popularity as a result. Here are some key points to know before diving into brand activations.

Dos Equis’s “Most Interesting Man in the World” campaign was a major success in the US, but a few years ago they decided to relaunch the campaign with a new interesting man. The original campaign was a success, so why did they relaunch it?

Dos Equis wanted to appeal to the average man in his 20’s, and the old campaign wasn’t doing this enough. They decided to place their advertisements in social situations where their new target audience drank beer the most. After doing some research, Dos Equis became the first national sponsor of the NCAA College Football Playoffs in 2016, and renewed this sponsorship for the 2019 Playoffs. This season-long sponsorship helped their fans engage more with the football playoffs, and more with the brand by offering weekly football-themed prizes along with chances to win tickets to the Championship Game in 2020. 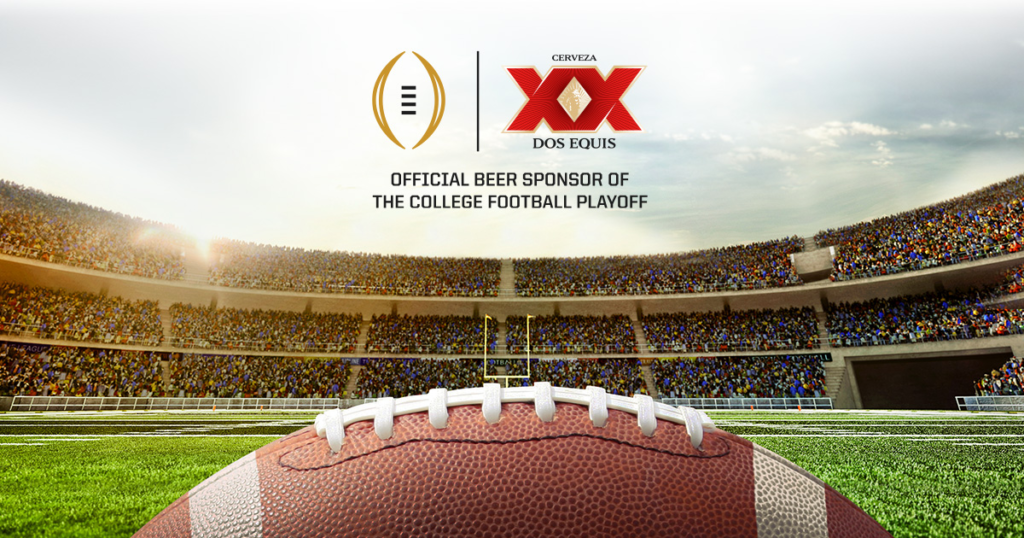 Organic growth was achieved through shares of branded photos on social media by fans both during the games, and between games. As a result, the company acquired new beer drinkers and gained shares in important markets. In 2018, Dos Equis outperformed Mexican import beers in all channels.

2. Form partnerships to expand your audience

It is no secret that Game of Thrones is one of the biggest cultural phenomenons of the past decade. To celebrate the final season of the show, Johnnie Walker partnered with HBO to create two limited edition whiskey blends. These blends are inspired by two of the biggest fictional houses in Westeros: House Stark and House Targaryen. 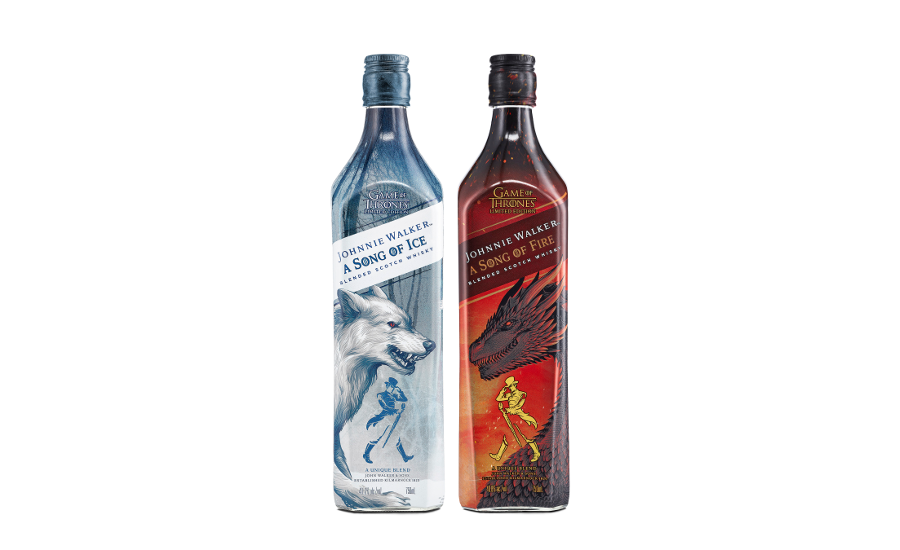 Fans went crazy over the first whiskey to come out of this partnership in 2018, White Walker, and Johnnie Walker saw a huge bump in traffic as a result. This partnership enabled Johnnie Walker to tap into a pre-existing audience and expand their reach beyond traditional whiskey drinkers. The collaboration for the final season further increased Johnnie Walker’s traffic, and again provided access to an expanded audience.

Coca-Cola has been a staple brand since its inception. All the way back in 2011, Coca-Cola won “Marketer of the Year,” and the company has continued to excel in its marketing campaigns ever since. In fact, they were one of the first brands to adopt customer engagement as a campaign tactic. “Share a Coke” is perhaps one of the best examples of an engaging campaign of all time. 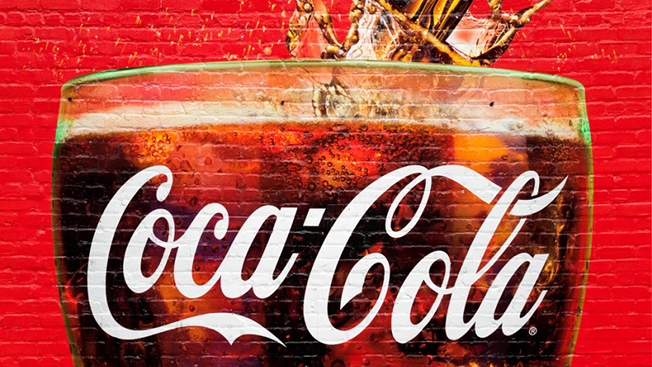 The brand’s marketing strategies have become a model for other marketers today, but no company is able to fully replicate Coca-Cola’s success. Why? Coca-Cola has a way of getting into the audience’s head and staying there. They have successfully turned drinking Coke into an experience that their customers come back for. On top of that, Coca-Cola is innovative enough to stay ahead of the competition, and always remain at the forefront of their audience’s thoughts.

A huge part of building up a brand in today’s world is to avoid the cliche image of a “big, faceless corporation”. In other words, a huge part of building a brand today is to humanize the brand. One way of doing this which is becoming more and more popular is to follow social and political trends—to show that you care.

ABA recently partnered with big beverage companies like Coca-Cola, Keurig Dr Pepper, and Pepsico to reduce the use of new plastic in beverage companies. On top of that, they will be launching the Every Bottle Back campaign in an attempt to reduce the amount of plastic being put into the ocean. Not only is this announcement huge for the environment, but it is also big for the companies as well. 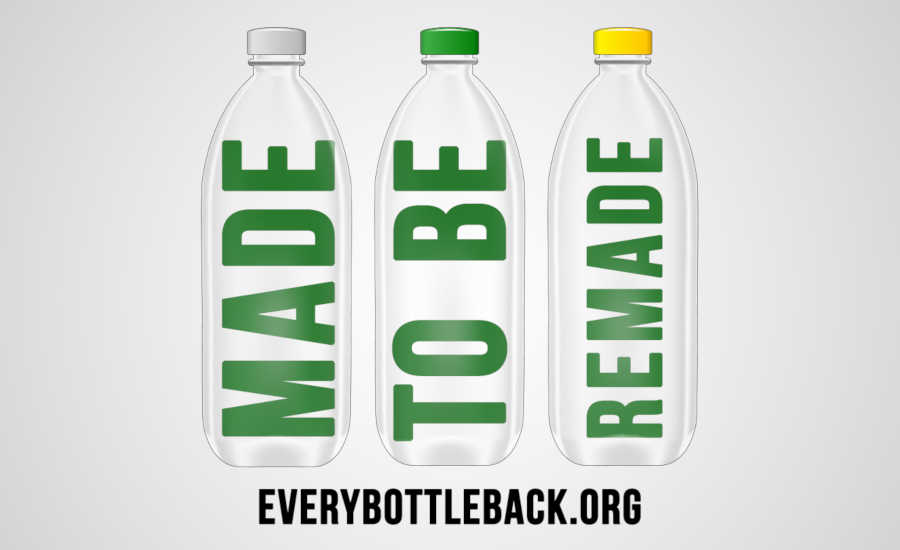 This campaign humanizes every brand involved. Not only does it show a caring for the environment, but the traditional rivalry between these companies gives them the appearance of setting aside their differences for a cause. In other words, you could replace the company names for the names of people, and their actions would seem human.

Flying completely changed after the World Trade Center attacks on September 11, 2001. Public trust and general sentiment towards air travel took a turn for the worst, especially with increased security time and baggage fees.

Southwest Airlines understood this new-found frustration and introduced their “Transfarency” campaign in 2015, which is still active today. This campaign centered around one idea: being totally transparent about charges. They were completely open about what they were charging and why they were charging for it. By doing this, Southwest airline customers were able to see for themselves the number of fake fees other airlines were adding on. This immediately made Southwest Airlines a more trustworthy brand than its competitors.

6. Step into your customers’ shoes

For a long time, air travel has been one of the industries with the lowest customer satisfaction rate and the least differentiation between companies. Delta hopes to differentiate itself from its competitors, engage a younger audience, and satisfy its existing audience by changing how it gathers and uses user data. Delta’s CEO explained this shift by giving the example of someone getting on a plane, being recognized by the flight attendant, and having their usual drink of choice brought out to them. In other words, the typical customer would get a pseudo-celebrity treatment, and be personally engaged each flight. 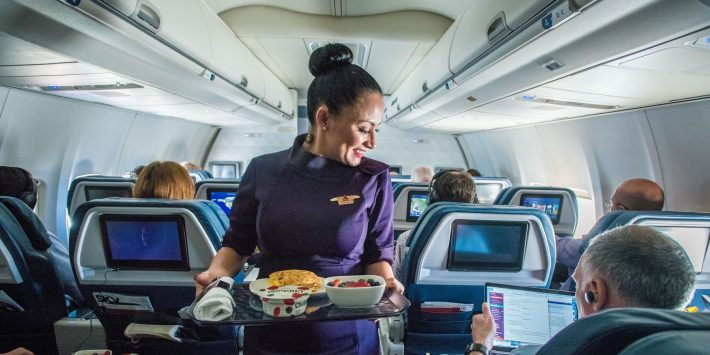 Flying has traditionally been a very impersonal experience, but Delta stepped into their customers’ shoes and decided that making it a personal experience would improve customer happiness. Of course this change has positive implications for Delta as a company, but it also inconveniences them. They have to find a way to gather information on their customers that is non-intrusive. They also have to re-structure how they train flight attendants to fit this new change, and deal with the backlash when someone inevitably gets called by the wrong name. Delta saw a problem, and stepped into the customer’s shoes in order to find a solution, even when that solution isn’t the most convenient.

7. Be the underdog, and win

Modern culture loves the underdog. Most movies today are about a main character who is struggling to overcome an impossible situation: an underdog. Russell used this modern fascination in their engagement marketing campaign #SettleYourScore a few years ago. 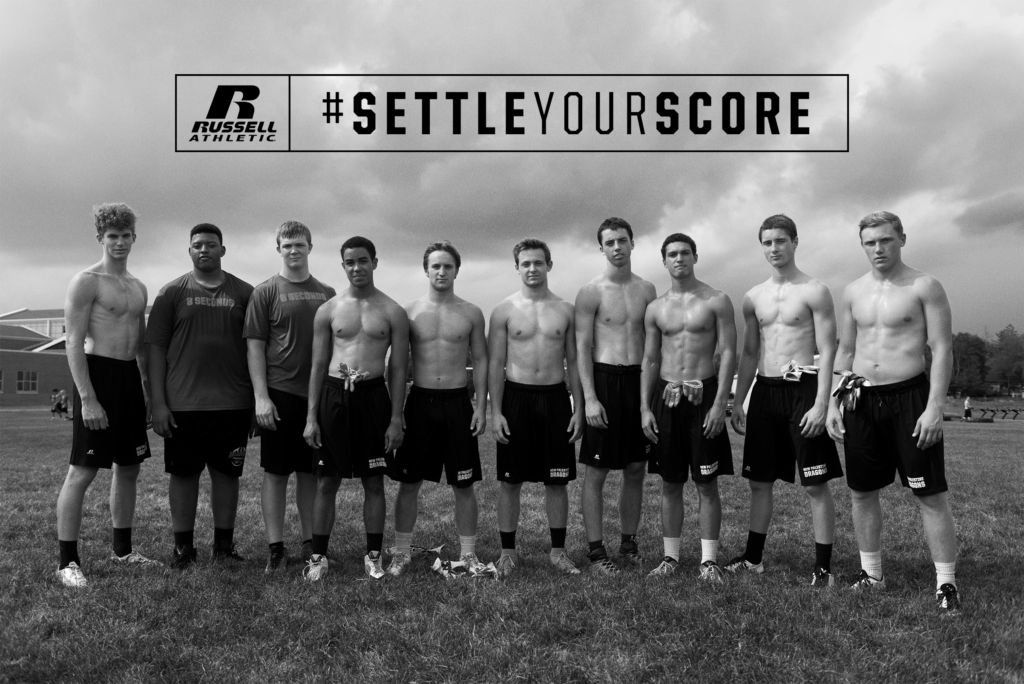 This campaign followed six “cursed” high schools and turned the adversity of lost games into momentum. It made each high school’s story personal, almost like each school was the star of their own movie. Sports teams across the nation rallied behind this campaign. A professional photographer, student photographers, and partnerships with Vox Media contributed to the campaign’s widespread success.

This campaign resulted in major organic growth for Russell:

If taking up a social or political position isn’t how your brand wants to humanize itself, it is still a great idea to take a stance on something. Millennials prefer brands with pro-social messages, sustainable methods, and ethical business practices. No company can do all of these, but doing one goes a long way to attracting younger clients.

Microsoft’s founder, Bill Gates, has a strong reputation for social responsibility with his dedication to the Bill & Melinda Gates Foundation. Microsoft has followed its founder and has become synonymous with social and environmental responsibility. Microsoft already made great products, but taking a stance on these issues created a strong sense of brand loyalty among younger consumers. After all, loyalty is the modern currency. Because of this well-crafted image, Microsoft has remained a relevant brand quarter after quarter.

One of the biggest stories in the past five years was HP’s split into two different companies. This involved re-branding the newly formed HP Enterprise with a very simple logo. The split, and especially the new logo, received backlash from fans of the company. Even still, HP Enterprise’s new logo served its purpose—to differentiate itself from HP—so they stuck with it.

Around a year later, HP revealed a new logo for their premium laptop line. HP’s customers had an overwhelmingly positive response to the new logo. When news came out that HP had rejected the logo in 2011 for being too edgy and innovative, fans quickly shifted from praise to questioning the company’s decisions.

HP’s encounters with innovation demonstrate one key lesson: don’t fear it. If HP had gone with the edgier, more innovative logo design in 2011, the brand might be in a totally different place today. Instead, it lagged behind its competitors until fans were left wondering why it took so long for HP to modernize. HP Enterprise stuck with the more innovative design, even when they were receiving community backlash. This shows what happens when you embrace innovation. Today, the logo has done its job and separated HP Enterprise from HP.